The site consisted of 1,800 acres of prime real estate in a rapidly growing part of Los Angeles. Of the two key issues in developing the master plan, one was the need for a central location for the hotel, providing a constant source of activity both day and night. The other was the 500-foot height restriction imposed by the FAA due to the nearby Santa Monica Airport. The 2,800,000 square foot project had to be both harmonious with the curving shape of the Century Plaza Hotel, and unique to Century City, whose other office buildings were rectangularly orientated.

Unlike paired buildings placed in parallel, the 44-story, twin triangle towers do not allow one to look into one building from the other. Rather, there is an unim­paired view from the windows of both. Each wall of the buildings is designed as a Vierendeel truss to effectively take lateral wind and seismic forces; this structural design also permits the 250-foot clear span at the base of the wall between the corner columns, providing gracious access to the building lobbies.

The exterior envelope consists of corner columns, lower girders, and upper trusses clad with sheets of a warm beige aluminum alloy, originally developed by Alcoa for use on the World Trade Center in New York. The plan of the office floors incorporates clear core, resulting in three large, column-free rectangular lofts. The corner areas are well suited for execu­tive offices and offer the advantage of the dual-exposure vistas. 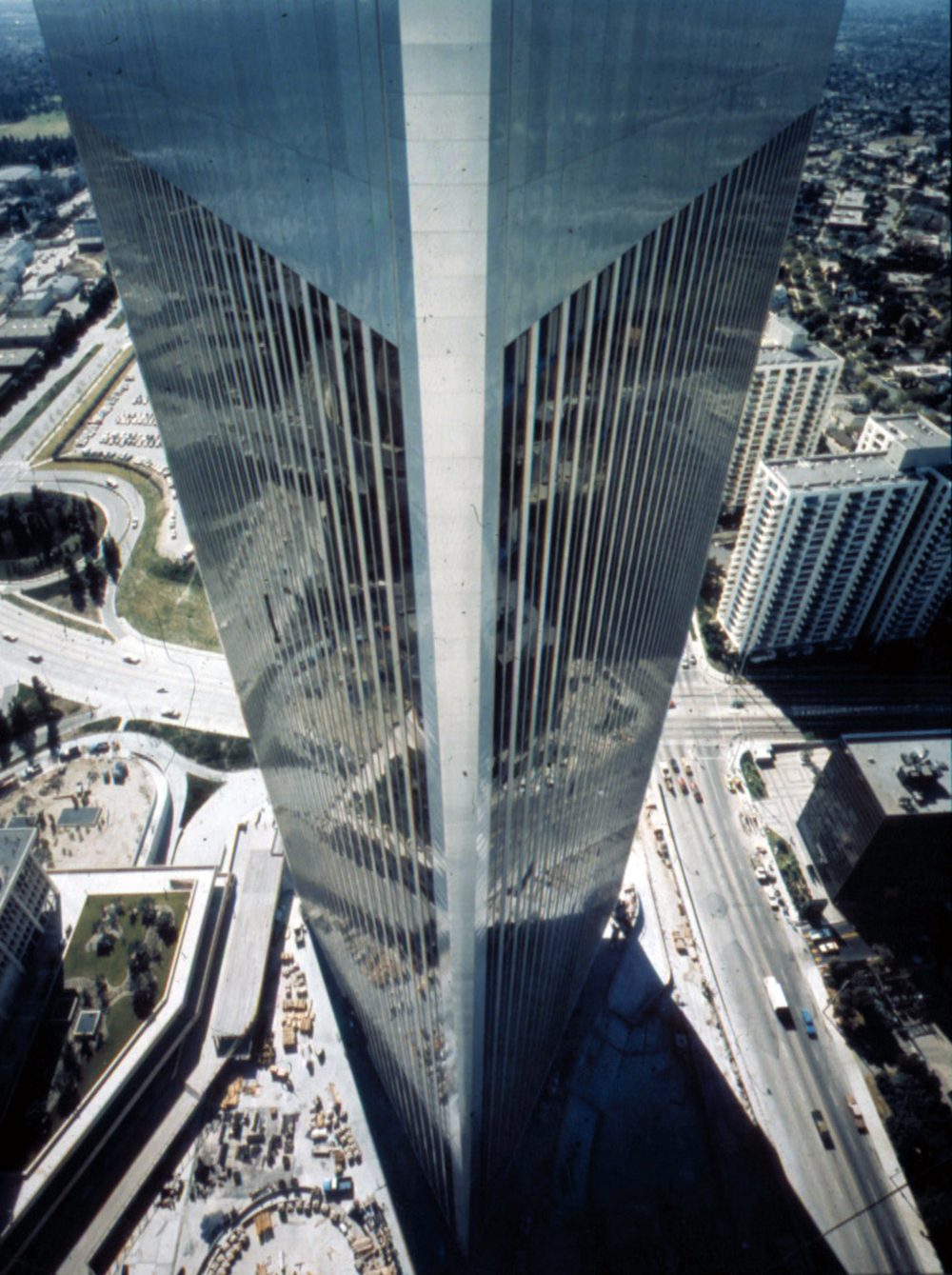 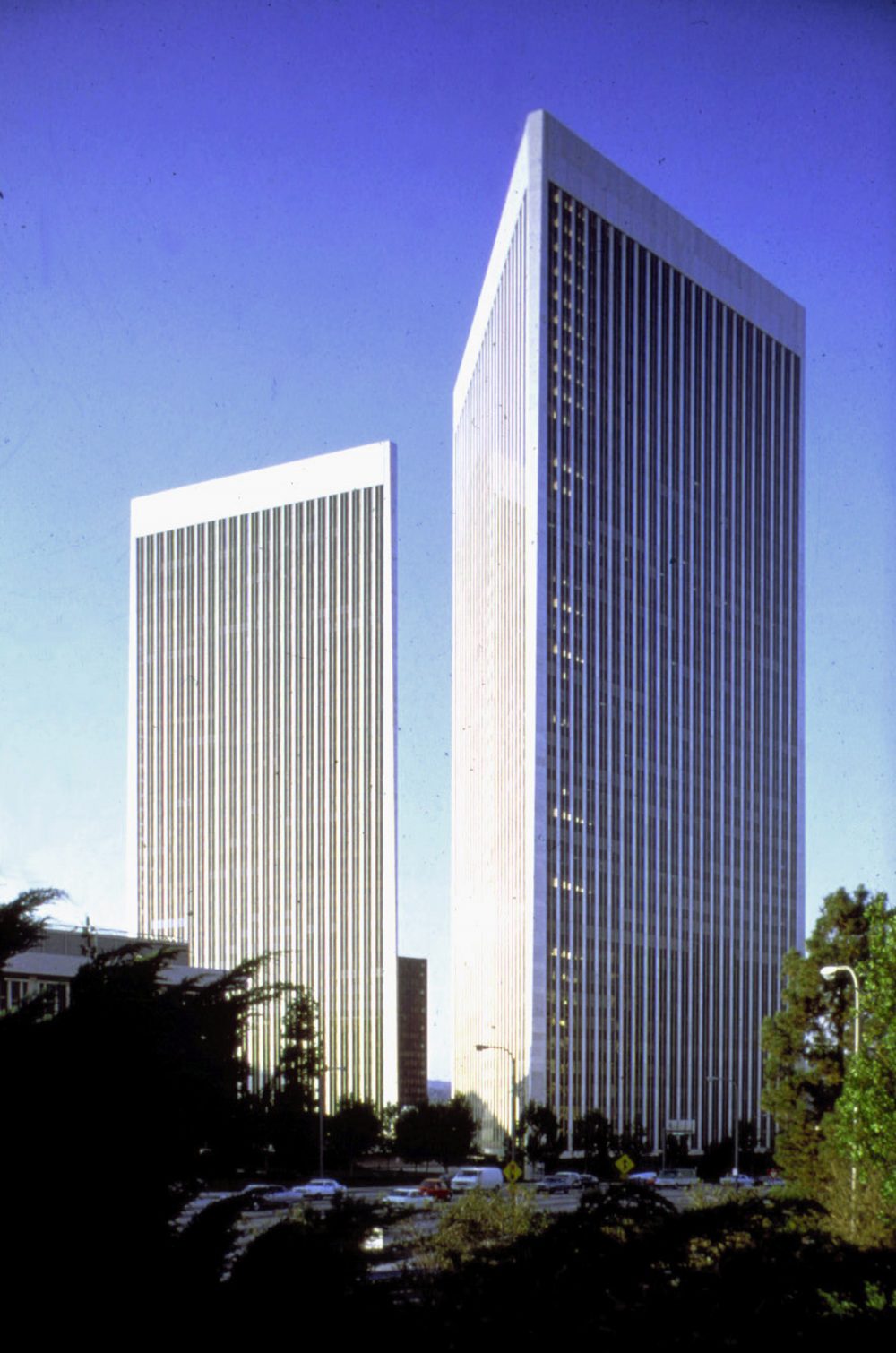 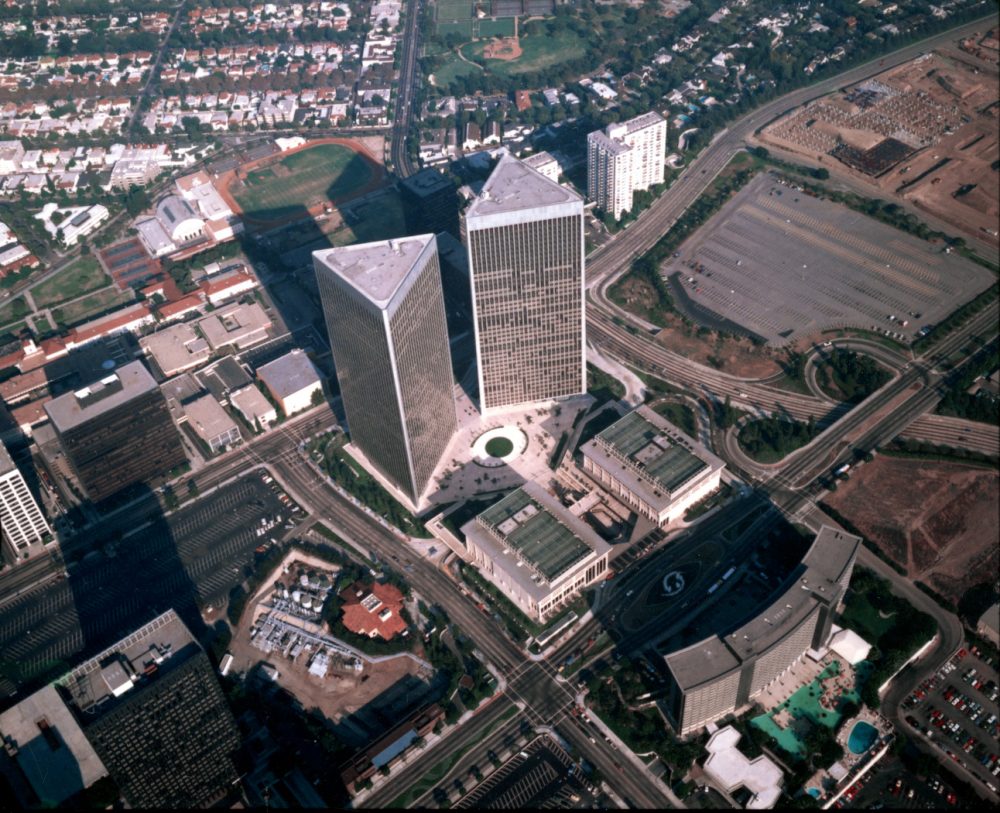